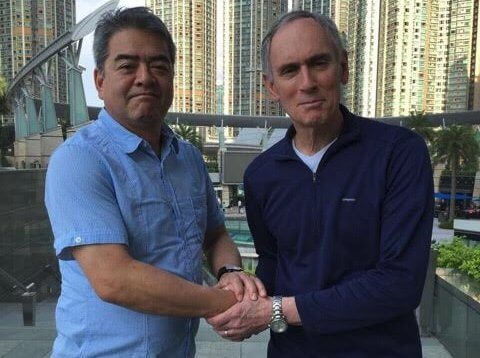 Almost twenty five years ago I met Naohide Takamoto, fifth generation brush maker. Their family business was then located in Hiroshima, Japan. Many of the skilled brush makers were home based employees. Brush heads were made by mothers and daughters working side by side. Brush heads would be gathered at the end of each day for final warehouse assembly. It was truly a family business passed on from prior generations.

What impressed me the most then having been to many brush factories was the emphasis on quality. Regardless of when the brush was made and by whom, it was always the same in appearance and most importantly, performance. While other factories often spoke about output, how many brushes they produced, Naohide Takamoto focused on how to make a better brush for artists.

As natural hairs became more expensive as a result of supply and demand and regulatory issues, the challenge that Takamoto welcomed was how to create a synthetic that performed like a natural hair brush. To the skeptics who said it couldn’t be done, I often visualize the smile on Naohide Takamoto’s face when we demonstrate a brush to an artist, ask them to try it and then tell them it is synthetic.

As Naohide Takamoto’s grandfather invented Taklon, Naohide has continued the Takamoto legacy with Princeton’s Neptune, Catalyst Polytip, Elite, Summit and most recently, Velvetouch Brushes. The next generation of synthetics. It is more than fair to say that much of Princeton’s success as a leading brush supplier is attributable to my friend and now my partner, Nahoide Takamoto.