Josh Tiessen In The Studio 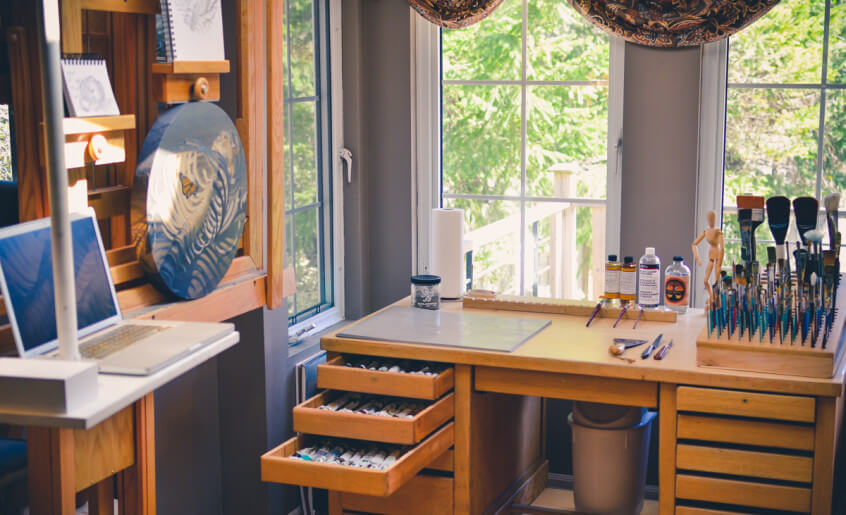 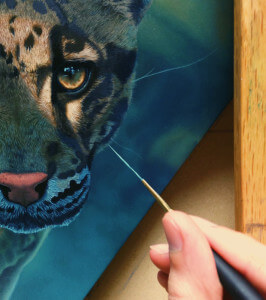 Josh is an artist that one remembers for many reasons. His generous spirit, grace, desire to share and passion are evident in everything he does.

Josh is distinguished among the world’s foremost realist, nature and animal artists, with 80 originals and 50 print series in private and corporate collections worldwide. Establishing the Josh Tiessen Studio Gallery and Arts for a Change Foundation, he makes frequent art donations and is featured often in the media for his art and philanthropic work.  He is a sought after speaker and teacher, garnering numerous awards including the Queen Elizabeth II Diamond Jubilee Medal, Canada’s Top 20 Under 20, and IGOR Creative Achievement. 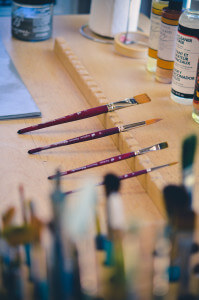 The word studio is derived from the Latin word, “stadium” and means to study.  A studio is a place separated from the rest of the world which incubates the creative self.  A retreat from the daily world where creativity can flow. An organized space allows the artist to reach for the right brush or tube of color with ease, keeping the mind free of distraction.   Josh shared these photos with us and it is a great snapshot into his creative world. 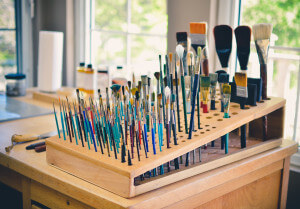 Josh has two upcoming exhibitions in Canada and the U.S.A: 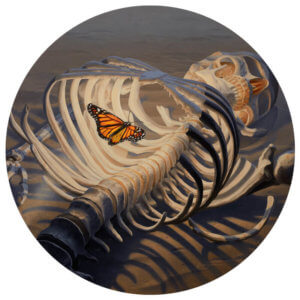 Can These Bones Live? is painted in oil on an 18″ braced baltic birch surface.

“The science department at my old high school was gracious in letting me borrow their full skeleton model one weekend, which I photographed with my studio lighting on our dining room table! I had previously sketched out an imaginary scene of a single butterfly flitting through a cavernous rib cage, emanating light, which would cast radial shadows. The reference photos helped greatly for anatomical accuracy, and to see where the light and shadows would fall on the three dimensional form. The Old Testament, known as the Tanakh to Jewish people, relays a fascinating episode of the prophet Ezekiel’s vision, called The Valley of Dry Bones. I approached my painting as a modern interpretation, seeing the Monarch Butterfly as symbolic of breathing new life into these bones. This painting is a precursor to a larger work I have planned, which will bring clarity to this initial macabre piece and further develop the theme of resurrection.” 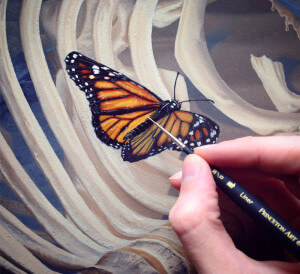